By Wanda Buckner on August 16, 2016 in horses, Past Life Regression, past lives 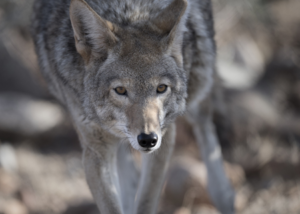 (To listen to this reading you may click on the audio player below. This section begins at 21:28 in the audio. Follow the audio using the transcript.)

This post is a continuation of the reading with Diane’s beloved horse Red. It appears Red stayed with this group for more than one incarnation. And so I’m asking for a 3rd past life that has relevance for today. And the purpose of this life is about letting go and releasing and recognizing that even the wounded have self-direction and make their choices and letting them be truly free. And recognizing that you cannot protect or choose for others, whether it’s for animals or people. That what we see is best for them may not be their path.

And the image that comes up, is of a, it’s not really a wolf, and so I’m assuming it’s a coyote. But it’s a wild dog and the image is of him crouching, head lowered, snarling, looking very dangerous. And he’s very young, but he’s, but he’s not a baby, but he’s not full grown. He’s like an adolescent. I see. His foot is caught in a trap. And you are appalled. There is no way to release the trap and you do what has to be done. You see that he’s been chewing on his leg to release it. Actually, hit him on the head, with a . . . . You found what you could use as a stick. You were hoping he would take it in his mouth because you have to. . . .somehow he has to be confined so he can’t bite you. But it ends up you knock him out and then you cut the leg off and bandage it and carry him to a place where you can tend to him. You just don’t want him to die; it seems so unfair. 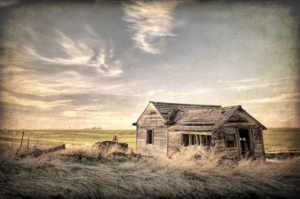 And you’re young, probably a teenager or less.  It’s like a prairie. A sod house. And your father is against it, but you’re quite determined. And there’s not, uh, for anyone to survive, a human to survive something like that would be very unusual. But you steal some liquor. You bathe it in salt water. You do everything you can think might be possible. And he does recover, but he is wild and he runs away when he’s well enough and able enough to. And you wonder what happened. You think he couldn’t live out there alone. But now and again for a couple years you would see him like he was coming by to say hello and greet you. This went on for a couple of years and then you didn’t see him anymore. It looks like the family moved. But you think of him often and that he would rather be wild and free, missing a leg, than to stay around.

And the purpose of this life that we’ve explored is about letting go and releasing and recognizing that even the wounded have self-direction and make their choices and letting them be truly free. And recognizing that you cannot protect or choose for others, whether it’s for animals or people. That what we see is best for them may not be their path. Even if he had been killed the next day by a farmer with a shotgun or by another predator that was how he wanted it to be. 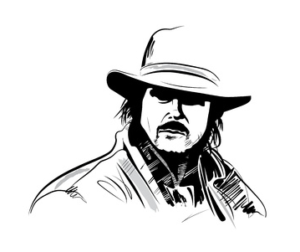 And you longed for a . . .for something to love, and someone to love. It was a difficult life with a harsh father and a, uh, an ineffectual mother who was withering with the hardness of the life and the children and it’s not a healthy family. There was no love; there was just survival. Only through animals was there a connection and recognition of the other. In this lifetime you were useful, but ignored. And so you were as much a tool as any other animal that came. There was no respect or appreciation of you as a person or an individual. It was about work: helping the family survive. doing what was needed. And you longed to be free like that coyote. And you would have rather have taken your chances somewhere else than stay there. But options were limited. But when you got older and an opportunity presented itself, you did run off. And it looks like there was a man came by on a horse and you didn’t even think about it, you just left. And it was a, uh, the life that you ran to was not better, it was different, but you were very thankful. Because different was good and you were free. And that’s the point of this lifetime. It didn’t have to be better. Different was good and free was good and you understood the choice the coyote made. Risking death was better than being in a situation that felt foreign and unnatural and didn’t support who he really was, which was a hunter on the plain.

Is there anything more?

Just tell her I love her, I understood. I carry no grudges. I loved every life I’ve had. Did you recognize me in the Percheron you rode and treated?

Thank you very much Red. We appreciate it.