(To listen to this reading you may click on the audio player below. This section begins at 10:20 in the audio. Follow the audio using the transcript.) 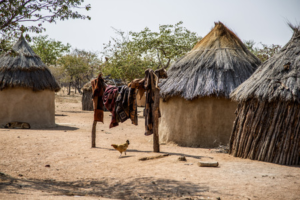 In this past life, feline TB tells Diane H. “What you need to know now, is that no one will suffer or be deprived or lack anything because you are being still and being in the moment and doing something solely for yourself that does not benefit anyone else; does not have a product. That is just solely for your pleasure.”


So I’m asking for another past life that has some bearing on Diane’s life and the first one (of the cats) I hear from is TB. And he’s saying that the four of you have been together in the past. It was long ago, on another continent. Africa? Zimbabwe? That was not its (country’s name) at that time. In a village as a small girl. The native peoples were very dark. And there’s a lot of decoration with reeds that have been dyed and beads and reeds. And I see you sitting working with your hands. You are an artist. The artistry is your weaving of a tapestry of the earth and the sky. And the pictures you make aren’t representational, but they are to you. Another person wouldn’t know. They wouldn’t see the original scene. But you see it because you are looking at it energetically and as your eyes perceive it.

And so you make very beautiful things but your family and the village consider you lazy and sort of a ne’er do well because you’re distracted by a butterfly. You’re sent to get water. It’s not the time it takes to get there and come back because you are drawn away to all of these other things that interest you. And the family is not appreciative of this and they’re quite. . . They bawl you out. That you are impacting other people by doing this (dawdling on the way and back) in a negative way. Like if you’re sent to get water, “We need water now. We don’t need it later, you know, Papa, so I need water now and you left him thirsty because you did not attend to what was supposed to do.” And you are sensitive. 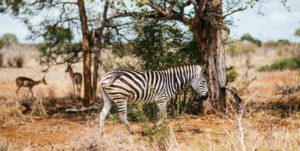 And they thought you were a little slow because your mind would drift and they didn’t realize that you were seeing things as just differently from how they see them. And so when they saw a landscape and an animal, uh, they saw something different than what you did. But there was no way to communicate your impressions and the wholeness of it. And you weren’t encouraged to and you were told, “No. Stop that nonsense. This is what you need to know about. This is what you need to see.”

And so as you got older, with every year older, there was more things to do and more responsibility and the society, even though they had decorations, were close to a subsistence society and so the women worked very hard. There were those few years of childhood where you didn’t have to do as much perhaps because you weren’t strong enough. But by twelve every, every female child had to be contributing. Pounding the skins; pounding plants to make, like a flour, and gathering firewood. Cooking and making everything that was worn. And your opportunity to be artistic became more and more limited unless you stayed up late at night and there was a light very early in the morning. But it was drummed into you that it was not about things being pretty; it was about supporting the community.

And the lesson of this life is going to go back a little bit because you were very concerned about others and you felt responsible. And that’s how they managed to get you to be more conforming and to do more of what you were supposed to do. Because they’d say, “See. Look, your grandfather’s thirsty. That’s because of you. You made that happen. And so, you know, your grandma is hungry. It’s because you didn’t get that flour. You didn’t get it so we could have it for dinner.”

And so you felt really guilty and responsible and blamed and you knew that they must be right. And so you began doing more and more and more. It was like you could never do enough. Things they’d things didn’t keep, you know. Things spoiled. So you couldn’t like make ahead a whole bunch of stuff in terms of food because it spoiled. It couldn’t be preserved. They could preserve some meats through drying.

And there are reverberations of this in your life today in that your need to always be busy and always be doing. And to have a product. And this is, this coincides with Neil’s (Diane’s spouse) projects. The things that Neil does, they always have a product. There’s a measurement or a physical product and so he looks very productive. And as you look at what you do, there is not a product as much as a process. And it’s the process that is important and valuable. And this is true in terms of healing, in communication, but also in meditation and. . . . and just be in the moment enjoying and not doing anything. Just sitting in the backyard for the pleasure of sitting in the backyard and enjoying the moment.

The reverberations from this past life (I’m just clearing these) have made this difficult for you to do [in this life]. And what you need to do now, to know now, is that no one will suffer or be deprived or lack anything because you are being still and being in the moment and doing something solely for yourself that does not benefit anyone else; does not have a product. That is just solely for your pleasure.

And I hear you say, “What do you do, just sit here all afternoon?” And TB says, “Yes, it is.” TB is like, “You should be more like me.” And that’s clearly from the present life.

So I’m asking where TB was in this life (that he just showed us). and he was wild. He was, he was a cat, but they don’t have bobcats, but not a big cat, but a feral, medium size cat that might not have been a cat, a cirval, is the name that comes up, which I know nothing about, C I R V I L So it was, it wasn’t like you had a connection or a relationship; you just shared the same space on the planet.

So I’m asking if either of them have any information on the soul contract and what I hear is that everyone’s soul contract is the same. It’s to be all they can be in this life. To expand who they are as the being they are, the species they are, to the limits it’s possible for them to go. And they’re [the cats} are like sort of, well Duh. (laughter) Like we were terrific examples, you know. We were beautiful. We were . . . . TB, you know, relished being a cat. And he loved to eat too. . . .and I’m seeing fleeting scenes from the last years (TB lost interest in food in late life).

So that’s very interesting. That’s because, of course, that makes total sense from the cat’s point of view. And then another soul purpose? And I get a similar message, that every soul’s purpose is to love and be loved. That’s another one of those, well Duh kind of things too. The fullest expression of life is love. And I’m seeing flashes of animals killing other animals, you know. And the response I get is that that killing is for survival and for the children and for going on. It’s not, it doesn’t mean there isn’t appreciation. And we all understand our place in the world and in the cycle of life. I’m hearing with humans now, it’s different. They’ve skewed it here.

Learning From Past Lives – Part 3